Maybe you’ve been listening to that sweet, soothing purr for a dozen years. Or perhaps you’re one of a growing number of pet lovers who have decided to adopt an older cat. Shelters are increasingly full of sugar-faced seniors. Older, more settled kitties are sometimes ideal companions and better-matched with a quieter lifestyle. But no matter how you came by your old friend, learning about senior cats’ unique health needs and the more common ailments they face can help your pal live a longer, healthier life.

You’ve probably heard that you can approximate a dog’s age in people years by multiplying its age by seven years. Estimating a cat’s age is a little more complicated. The first two years of a cat’s life are thought to be equivalent to 25 years. After that, add four human years for every cat year and you’ve got a pretty good ballpark figure. Generally speaking, cats live longer than dogs. When kept indoors, they tend to keep us company around for between 12 and 16 years. A surprising number live to be 20 or more.

Many of us who adopt don’t really know how old our cats are. You can tell when cats are approaching their golden years by certain changes, though. Losing teeth is one clear sign. Changes to their fur—specifically thickening and roughening—are another indicator. And just like humans, cats go grey. Your kitty’s sleep habits may change with age: older cats tend to spend more time snoozing.

Elderly cats also go through behavioral changes. They may wander aimlessly and meow more often for no apparent reason. They can also become more reclusive. Older kitties may eat less, in part because they are less active, but also because their senses of smell and taste diminish as they age. We should note that if your cat stops eating entirely, that could be a sign that something serious is going on and is a good reason to call your veterinarian.

Aging is a natural process, of course, and isn’t classified as a disease. But certain ailments are more common in senior cats. Because they happen below the surface, they may be a little more difficult to recognize, but again, changes in your cat’s behavior can be an indication of actual illness.

If your cat is in pain—whether due to dental disease or orthopedic problems, he or she may suddenly become aggressive or show signs of fear. Flattening of the ears and “puffing up” are your cat’s way of saying, “Stay away!” If your cat is normally cuddly and friendly and suddenly turns mean on you, that’s a pretty reliable indicator that something hurts.

Changes in a cat’s bathroom habits can also be a sign of trouble. More trips to the litter box can indicate your cat is producing more urine. That’s sometimes a symptom of kidney disease, which is common in aging cats. Studies have reported that some 80% of geriatric cats will develop kidney problems. More frequent urination can also point to feline diabetes or hyperthyroidism. If your cat’s litter box needs changing more often, you may want to call your vet. Cats are persnickety about their litter boxes—they prefer them clean. If your cat suddenly starts urinating outside the litter box, he or she may be sending out an alert, too.

Changes in your cat’s eating habits can signal health problems. Cats who tend to pick at their food then suddenly become voracious eaters, for example, may be suffering from hyperthyroidism, diabetes, gastrointestinal problems that inhibit the absorption of nutrients, or some type of cancer. Voracious eating, also known as polyphagia, can sometimes be a learned behavior. But in any case, if kitty suddenly becomes an eating machine, that’s a good reason to call your vet.

Sadly, cancer becomes more common in senior cats, just as it does with humans. And just like us, cats can fall victim to a wide range of cancers. Carcinomas and sarcomas are cancers that manifest themselves as tumors. Leukemias are diseases of the blood and bone marrow.

Again, changes in your cat’s bathroom habits can be the first sign of cancer. Other signs to watch for include any lump that becomes larger, sores that won’t heal, difficulty breathing, loss of appetite, and sudden or progressive weight loss.

Cancer treatment can be lengthy and costly. But some 50% of cats do recover if the disease is detected early and treated aggressively. The best pet health insurance policies cover cancer treatment and are surprisingly affordable. Sometimes insurers restrict new coverage for senior cats, so insuring your pet early in life may be a smart idea. They may also decline to cover obese cats so keeping kitty svelte is also a good idea—for several reasons. 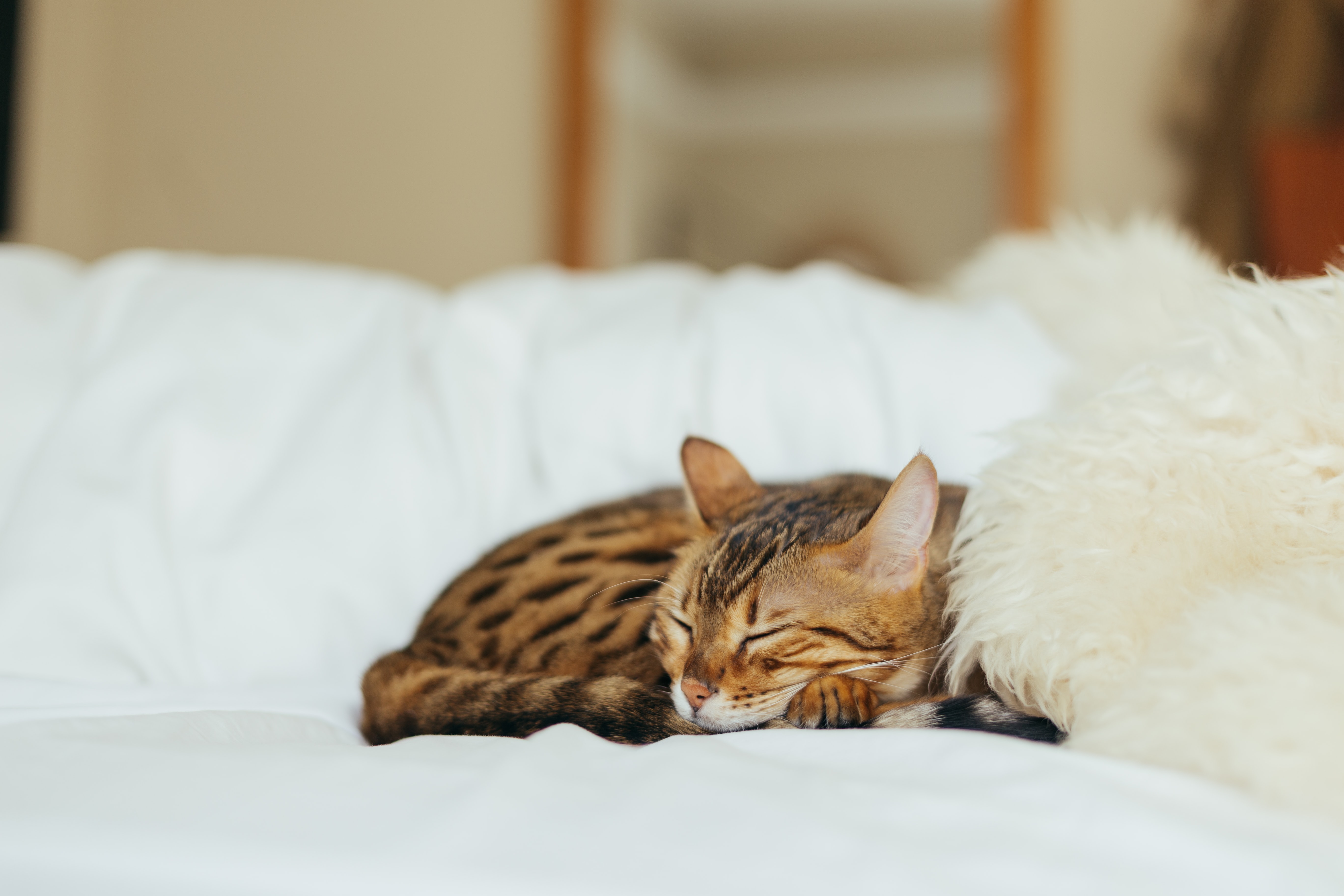 How many times have you referred to your kitty as “my baby”? Well, cats are like little kids, no matter what age they are. They can’t take care of themselves. They rely on their humans to do it for them. Feeding your cat a nutritious diet, helping him or her maintain a healthy weight, keeping up with vaccinations and routine tests, and neutering are the most basic commitments every cat person should make to a feline friend.

We’ve already discussed how simply being more observant of your cat’s behavior can make you a more effective caretaker. But it’s a good idea to take your scrutiny to the next level and periodically perform a home-exam on your cat. Examine his or her fur and skin routinely. Inspect kitty’s ears, too. Checking his or her teeth and mouth for bleeding, sores, growths, and even unusually bad breath can alert you to problems early on when they are still treatable, though don’t expect a lot of cooperation on that score. Your veterinarian can give you some tips on home exams and, of course, be your best ally in helping kitty grow old and gifted with good health.

Susan Doktor is a journalist and pet lover who hails from New York City. Over the years, she has raised and cared for six cats. Nowadays, swimming with her golden retriever, Sophie, is one of her greatest joys. Follow Susan on Twitter @branddoktor.